Ayeyarok'þ has writing system composed of a logograms used for lexical words  and featural phonetic letters to represent grammatical words. Currently there are around four hundred logograms. The script is written vertically right to left  and is unrelated to any other script.

The featural system is used for grammar words. 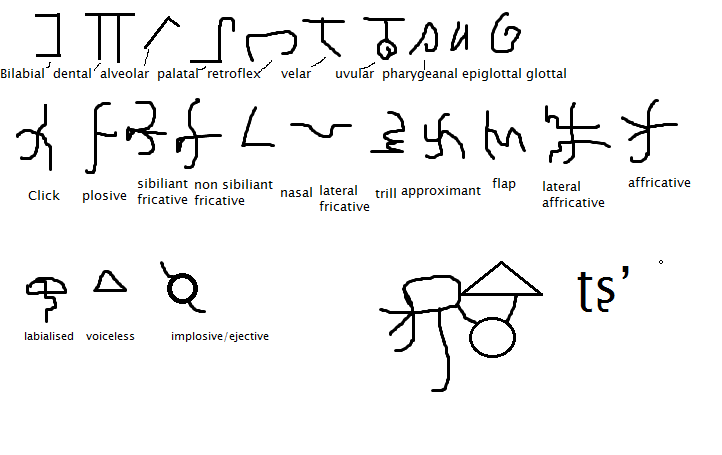 How the systems work togetherEdit

Retrieved from "https://conlang.fandom.com/wiki/Ayeyarok%27%C3%BE/script?oldid=164152"
Community content is available under CC-BY-SA unless otherwise noted.