Conlang stands for constructed language, in contrast to natlang for "natural language". Other general terms in use for conlangs in the past, but less popular in recent years, include "artificial language" and "model language"; the latter term was popularized by Jeffrey Henning in the mid-1990s, but seems to have fallen out of general use.

There are various types of conlang:

), further subdivided into philosophical languages, logical languages (loglangs) and experimental languages; devised for the purpose of experimentation in logic, philosophy or linguistics. The term was originated in February 2001 by John Cowan and And Rosta.[1]

This classification system grew out of discussions on the CONLANG mailing list in the late 1990s and early 2000s. Ray Brown explains it on his web site in terms of the "Gnoli triangle"; many conlangs are not at the vertices of the triangle (pure engelang, auxlang, or artlang) but somewhere along the lines or in the space in the middle.

Other terms used for describing or classifying conlangs include: 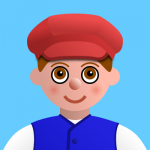 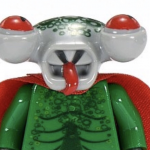