/ɤ/ is silent when in unstressed position and not in the first syllable of a word.

Dongbuzenytihach, like many other Encephalopod languages, use a sophisticated combining script, referred outside of the planet as "Encephalopod script", but called in the language "Lapore Kapurafete".

To transcribe loanwords with /ts/ and /dz/, one takes the glyphs for /t͡ɕ/ and /d͡ʑ/ respectively, and adds a vertical stroke in the middle of the glyph.

Words with more complex consonant clusters than CV, usually NCV or LCV, are written with the ë glyph following the sonorant.

Thanks to the null glyph and ë, the phonotactics are slightly more variable than the script could suggest. Some of the most common formations include CV and V.

Verbs conjugate according to mood, tense, person, number and aspect. Each verb can have one of two endings, -oti and -iti. The vowels in the conjugation depend on the infinitive form's suffix and ending. <o> is often substituted by <e>, while <i> is replaced by <y> in the same positions. Verbs have an indicative mood with present, past and future tense, the latter two of which can have a perfective and an imperfective form, an interrogative mood, an imperative mood and a subjunctive mood with present, past and future tense. Verbs can also assume a negative mood by adding the prefix će- if the verbs starts with a consonant, and ćed- if the verb starts with a vowel. When combined with the optative mood, the verb assumes the meaning of "may not". In -iti verbs whose roots end in -ar-, -al- or -aw-, a turns into ä if a front vowel follows the approximant, as such vubäliti => vubalu. All verbs are accented on the vowel following the root.

Nouns can have three suffixes: -a, -e, and -o. To create a possessive noun, one replaces the final suffix with itself preceeded by -äh-. These can be interpreted as adjectives. There are four historical cases cases, although three of them are merged into "Oblique" - Accusative; Genitive and Dative.

Adpositions in Dongbuzenytihach are postpositions. They are inflected and agree with the head as if it were nominative, however the head is usually oblique when used before a postposition. Some postpositions include: ćo (to), nge (from), ze (of), þa (because of) and po (by, using).

The word order is commonly SVO.

Another particle is a, which is used after information-seeking questions. In case the answerer is not aware of the answer, they respond "ćewäri", which roughly translates as "I don't know".

This variant of Dongbuzenytihach is spoken in northern colonies of the Dongbuzenytihav. It is characterized by lowering of central vowels, somewhat conservative liquids and nasals, post\alveolarization of alveolar fricatives and a v/w merger into ʋ.

Heavily influenced my neighbouring languages, Kifekutulan Dongbuzenytihach is most notable for its removal of unstressed high vowels in unstressed positions after obstruents. It also demonstrates partial de-palatalization of palatal consonants and voiced stop lenition intervocalicaly. 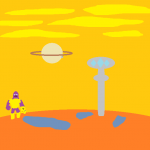