Hûrayca (Hurayish) means that a language is freedom and transparent like a mount. And also it means; a language of freedom.

If you want to write and speak a language as freedom, unlimited and no rules as strong, you must learn the Hurayish language. Hûrayca (Hurayish) is a dialect of Al Bakiyye Conlang.

What does “Hûrayca” mean in English?

Key Features of the Hurayish Language

Which alphabet you want, you can write with it the Hurayish. But there is a standard alphabet for Hurayish that everyone can learn easily. This alphabet has 39 letters and the system is from Latin.

-        It must be written from left to right with the Standard Hurayish Latin Alphabet.

-        There are many negative, adjective and plural forms.

-        There is a big dictionary and you can find all verb and root words in this dictionary. Everybody can create a new word with these words and Hurayish’s suffix.

There is no rule as alphabet for Hurayish. Which alphabet and writing system you want, you can use and write Hurayish with that. You can write the Hurayish with Arab, Gokturk, Russia, China, Al Bakiye ... alphabets. The creator and developer created a standard alphabet with Latin letters that everybody can learn the Hurayish free and easily. If the writer wants, he/she can use emotion, icon, logo, symbol etc.

We can indicate in 3 ways, whether the name is masculine or feminine;

In pronouns sentences the ToBe are; “ist” and “dır”.

There are 5 forms for plural.

It must be used question pronouns like Nû (what), Nic (how) etc... It doesn't need a sentence.

There are many articles in Hurayish like English, German, Al Bakiyye etc. There is no gender discrimination in articles for Hurayish. The missions of articles are functional, structural and semantic.

Without “-iy, -siy” or “-riy” articles, all articles must be separated from the pronouns.

For Example: Doctor, find me a cure. Give me the medicine that cures my problem.

Note: It can be used double form in some pronouns;

There are 4 methods for adjectives in Hurayish.

Which number system you want, you can use it for the number like Gujarati, Khmer, Malayalam, Roman, Urdu, Eastern Arabic, Tibetan and Chinese etc.

Hour, clock: “Oğur”. It does not use To Be in an hour's sentences.

Asking: Oğur Nic? (What is the time?)

*Quarter, half is not used in Hurayish. It is said to be a digital form.

Some country names, nations and languages

Where are you from? : Nûrayfin sin?

What nationality are you from? : Kangı Yurt sinin?

Words taken from those whose origin is a language with Latin letters are written as in that language. In languages written with alphabets such as Arabic, Japanese, Indian, and Chinese, it is written in the way it is read.

It does not need use To Be for Question Pronouns. (Q. Pronouns + Name)

For Example  : What is your name, where are you from?

In case of specifying direction and status, the suffix “-ray” is brought to the word.

Where is your house?' = Nûrayfi sizin lâ Barq?

EN: Come down from this road. Then turn right and there is a market there. The house opposite it is our home.

It should add “aw” end of the verb in reflexive. “Yıkaw, Göraw, Giyaw...” (bathe, show up, dress up). In reflexive the work must be done by itself.

Pasive: (washed) - zu zeşyıka (Someone else is washing herself)

Example: This book is dictated to us by someone else.

Bay (by): It is used in passive sentences. Who is making the verb, it is used to it.

EN: The book is written by me.

The verb is used as infinitive.

There are 2 forms for his sentences. It is with the modal verb: “Sahap”, verb: “menç”.

It cannot use “a” in Present Tense with this form; Min sahap ber Arayba / Min sahapa ber Arayba.

The sentences must be possitive form. When the “Jo” is used, the meaning will be negative only. There is no rule. Where you want, you can use it.

If the word is a verb, it should be used with the name form with “-lam”. And the word-name takes suffix according to tense, form or others. Also the name after the “hoş/xınc” should be ended with “-fin”.

If there is not a word in the Hurayish dictionary yet, or if you want to emphasize a word from other languages like English, Turkish, German, etc., it should be used “alû” before the work. Also it can be added to language code like “en, de, tr, eo, ar, fa, bk”.

There is only one fix; “mu”. It can be used at the front or end of the sentences. If you want, you cannot use it also. But in that time, the to be should be the first position of the sentences.

If the author wants, can be changed with to be also;

Bus, minibus, train, ship, plane, etc. In the vehicle action, the "-vaslam" suffix is used for the tools that have the characteristics of a vehicle.

There are only some rules for the sentences. Exept that, the sentences using and creating is free. Some rules;

-        The main (basic) sentences should be separate from the clause.

-        It should add “ef” front of the sentences and end of the verb “-us” in conditional clauses. Ef min görusa siniy, werde min bertaç sine lâ Paray. (If I see you, I will give you Money.) The “ef” can be used one time and “-us” can be used many times in the sentences.

-        In Hurayish there are many methods to create sentences. So, it can be seen in many different forms and sentences which have the same meaning.

It means that there are two actions with 2 verbs. Example verbs: like, work, tyr, hope, think etc.

(I hope that you come to the cinema with me tomorrow.)

It is used as “Kalığ” for the weather.

Because the Hurayish take the system and syntax from Turkish and Al Bakiyye, it provides an independent syntax form and sentences. When we change the place of the words, the meaning has not changed and is intact. There are only 3 rules.

1.     Articles are never separated from the names.

2.     The adjectives are never separated from the names.

3.     Prepositions are used with the name it describes.

For Examples: I will meet you with a person today.

Hurayish is an easy dialect of the Al Bakiyye which you can create a new word from the basic and infinitives of the verb, nouns. There are many prefixes and suffixes for it. Also, many prepositions and verbs can help you for this work.

The developer created a form for his work. You can check it and create your words, forms and sentences with these forms.  http://hurayca.rastgelelik.com/hurayca_turetweb.html

EN: Hello, I started to learn a new language. I recommend the language named Hûrayca to everyone.

EN: I loved you at first sight.

En: If I get enough Money, I will buy a book.

En: She was late for the lesson because she could not wake up.

En: Istanbul is the most crowded city in Turkey.

En: This book impressed me very much.

En: She wrote in her letter that she would be back in three months.

For Example: The letters were again on the table, and they were letters she had not read for months.

You can create many words with “Türetek Form” and you can have special words.

It is created with “Şerxayan, ayan, şerh’, kezâ” conjunctions. After main sentences we can inform the reader about a thing with this form. After conjunctions we should add double points.

EN: It was a baby in a blue dress. She was clearly understood to be a boy.

It is created with “Kezâ” conjunctions. We can talk and tell many things with this system without main sentences and meaning. … Main Sentences; Kezâ … (Patrol Sentences)

EN: I dreamed of him again this morning; I want to see it every morning, but I can't see it, I can't talk when I see it, and I turn into a mad - couch and I burn "ah", I saw him again.

It is lyrical telling. Sound, pedestal, rhythm, rhyme, etc. Sentence narration is provided by making warnings. There are some symbols for this telling also;

? =       Asking questions to the reader and the listener, making them think

Sentences with Other Writing Systems

Which alphabet is used, we have to create the sentences according to it and its rules.

The some rules for Standard Hurayish Alphabet:

-        All special-private names and the names which have an article must be written uppercase letter.

-        The first word of the sentence begins with an uppercase letter.

-        Compound words take fusion letters such as "y, ğ, h, x" if they come together with the same sound-letter.

-        Articles starting with a consonant letter can be written according to the adjacency rule; It can also be written as El Barq = "Eb Barq" or "Eb'barq" (Home). There is no semantic difference, only emphasis and ornamentation as pronunciation.

This language is a Conlang’s dialect. The main language is Al Bakiyye and it is created for freedom. There is no rule for alphabet, writing system and telling forms. What and how you want, you can use this language and write-tell everything as freedom in this language.

Hurayish is a dialect and has many words from other dialects of Al Bakiyye like Classical Al Bakiyye and Al Bakiyyetuneşvek. There is a dictionary and it calls “Big Dictionary of Hurayish.” There are more than 5000 words in the dictionary but most of the words are stem and infinitive verb words. And also there is a table for creating a new word. Everybody can create many words as free with this form. Because of this we can say that Hurayca has a million words.

Let’s show this in a table with this Create Table (Türetek).

(This form is only an example. All forms were not used.)

Other Sources and Links 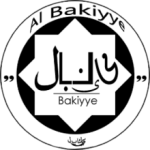