Edit
watch 01:36
We're Getting Mutants in the MCU - The Loop
Do you like this video?
Play Sound
The author requests that you do not make significant changes to this project without first seeking approval.
By all means, please either help fix spelling, grammar and organization problems or contact the author about them. Thank you.
The author wishes to make it clear this project is currently undergoing significant construction or revamp.
By all means, take a look around. Thank you.

Katian language (Katialang) is a Latin-American language. it was influenced by English, Chinese, Japanese and Spanish in different aspects. I made it up because I was alone in my house and I thought it would be very interesting and funny.

Writing system Katian language uses the Latin characters, with addition of some Polish letters. That is why it is recommended to write Katian using a polish keyboard layout.

they generally go after the subject, they generally have a conjunction called the -fą form (fą mamufą). which turn them into nouns with a similar meaning. Examples are given here:

the inflection consists of replacing the "mi" syllable of the end that every verb has with "fą". here we have an example when both forms of a verb are used together:

The following inflections are a result of a Japanese influence in Katian language:

Negative inflection: the "mi" syllable at the end of the verb is replaced with "źą".

past (and participle) tense: the "mi" syllable at the end of the verb is replaced with "pamu".

future tense: the "mi" syllable at the end of the verb is replaced with "fami"

"should" suffix: add the "tćini" suffix to the whole verb:

"would" suffix: add the "kfimu" suffix to the whole verb:

"let's" inflection: the "mi" syllable at the end of the verb is replaced with "śo".

request inflection: there are three kinds of request. the normal, the educated and the vulgar, you replace the "mi" syllable at the end of the verb with. as they have an abbreviated form, they will be written after the replacing words:

If you would put a a negative past, future, should, would, let's or request. Zou put the verb in negative form first and add the other word as a suffix.

All the adjectives in Katian end up with the syllable "źi" and all the adjectives have an inflection called the "śu form" (śu mamufą) which turn them into nouns. here you get some examples:

it is also used to express a change in the time, this sounds difficult to understand but here's an example:

this is to say something is very-. it is used after the verb. thez are formed bz adding the suffix maru to the whole adjective.

the adverbs are used before the described verb, adjective or sentence. these are formed by an inflection in the adjectives, involving the syllable "kiu". there are like this.

the y nouns: all those nouns that end up with y. you replace the y at the end with a z. these are some examples:

these are special words that can be used befor a noun as an adjective of simply as a noun. for example, the word "subzy" which means all, everything as a noun, but as mentioned before. It can also be used as an adjective:

these particles are used after the target object (nikotźi)

it is used to mark possesion. this word goes joined to the word when the word is a pronoun (mą, źou, śei, kai, suri, kuni , and theis plural forms) but it goes separated when is another kind of noun.

these particles are used after the target object (nikotźi)

the wh question words are called "doubt words" in Katian. they are used in different ways. but the words are:

kian: what
kuet: who
komt: how
śokia: where
ken: when
kzot: which
pankian: why

For making questions, they have a kind of different use than English. They are like this:

there are five words that are combined with the previous ones and do new meanings, these new words are called "subzy tomi kotofąśi". this translates all-taking words:

The all-taking word for "every" is sub. Tn the old Katian, the word subzy before the word but in modern Katian, it is just adding sub to the beginning of the word.

the all-taking word for "no" is "go". it is used by adding it to the beginning of the word.

the all-taking word for "some" is "ła". it is used by adding it to the beginning of the word.

the all-taking word for "any" is "ho". it is used by adding it to the beginning of the word.

the all-taking word for "other" is "mou". it is used by adding it to the beginning of the word.

How to learn Katian language?[]

in this article you have all the grammar. which is always growing but not changing unless the things are definitely wrong. the vocabulary will be includes in different articles but classified for an easy use. and there are some artistic examples of Katian language like this one: 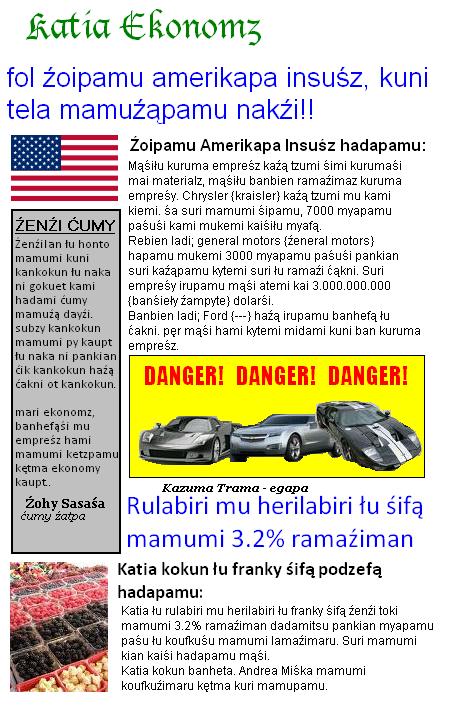 In Katian language we use the same ten digits (1, 2, 3, 4, 5, 6, 7, 8, 9 and 0). The pronunciaton of the numbers was strongly influenced by the Chinese language from zero to six, from Katian the seven, nine, hundred, thousand, and higher numbers; eight from Japanese and ten from English:

the numerator goes alone and the denominator goes with the suffix "fun". derived from Japanese 分 （bun) 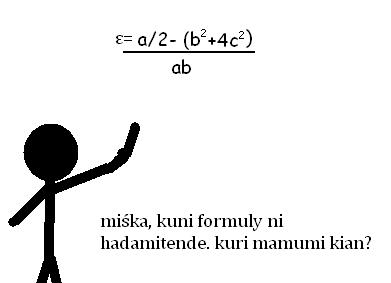 with the vocabulary that will be presented to you up next, you can do some sentences in Katian. If it gets necesary to explain the meaning of a word. it will be done: