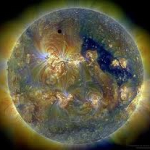 Just another conlanger, as you could probably assume. I'm putting a few of my conlangs for this project currently only called "LoS" on here just to keep organized, hopefully they'll turn out OK.

Retrieved from "https://conlang.fandom.com/wiki/User:Nondescrypt?oldid=172423"
Community content is available under CC-BY-SA unless otherwise noted.