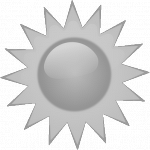 Hello, I'm Waahlis, or if you're Swedish, Wåhlis, and I'm one of the less active members of this community.

During the early months of 2012, I single-handedly started a reconstruction of the wiki, and eventually gathered quite the support. Eventually, however, a better offer landed on my table, and I packed my things and moved to the new Conlang Wiki on Wikkii, where I nowadays reside most of the time.

This doesn't mean that this wiki doesn't lie close to my heart, and should any arguments or bigger questions arise, I will be there. If you want to contact me, well, either go to the new wiki or visit my talk page! I'll notice it either way!

My user name is a translation of a shortened version of a quotation from Cicero's De Officiis, similarly to the administrator

This reconstruction has been rendered outdated. Change of administratorship, internal and external arguments has caused the reconstruction to come to a decisive stop. Perhaps one day it'll be revived. Perhaps not.

For the "Creating Languages" and The Conlinguistics Wiki. - the Language Construction Kit of Zompist.

This blog was at the time my only way of dispersing my ideas of the reconstruction, and really did ought to be read!

I have decided to implement the full Neumatic League of languages, all inspired by different language families, though with great similarities in between. They all have the same foundation, lexically, but differences in grammar and phonology. Sooner or later, all these languages will be represented on the site.

Atzlā ātlau - an Uto-Aztecan language, with features from my old languages.

I also have horrible fascination of quotes, and there's a reason why they intrigue me, you know why?

The next best thing to being clever is being able to quote someone who is. - Mary Pettibone Poole

I like quoting Einstein. Know why? Because nobody dares contradict you. - Studs Terkel

"What is rarely seen? An aged tyrant."

"What is easy? To counsel another."

Retrieved from "https://conlang.fandom.com/wiki/User:Waahlis?oldid=79307"
Community content is available under CC-BY-SA unless otherwise noted.