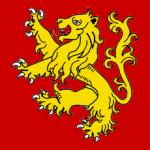 I am the author of this conlang, all IP edits will be mine.

Thanks for letting me know, nevertheless I'd prefer you create an account. Also, don't forget to sign!

Not really and I don't feel my self so important as to have special settings for displaying my username on the wiki.

I know the only reason you're doing it is to make your username stand out more than mine and that you're doing that to give the impression that you're the only admin here (the same reason you keep adding your own colour scheme to the welcome message rather than the scheme that matches the wiki colours).

If you feel it's because of that, go ahead. I don't feel myself so inadequate to tell people that they're doing stuff only because of me.
17:28, October 20, 2012 (UTC) ~) The Elector, Darkness Immaculate

I don't think it's got anything to do with me specifically, I don't take it personally, I just happen to be the other person. Btw, are you not going to rename your .css page? You aren't Darkgamma on here after all!

It's working for your main account now though (not that it matters that much what the .css page is called, no-one's going to see it).

Do not edit out the call for a vote for a new bureaucrat. The vote has been given a green light by Brandon Rhea, from Wikia staff. If you remove the vote message one more time, I shall report you.
18:13, October 27, 2012 (UTC) ~) The Elector, Darkness Immaculate

Thanks for letting me know that it's a sanctioned election but please don't remove the other content. Unless you've a good reason of course! :) I don't really think it'd be good spirited of you to report me though since I did overlook your spamming of my talk page before you were given sysop rights.

Btw, can you send me a link to the confirmation please? Or am I missing something obvious? Cheers.

Thanks. From that message I take it you requested Bureaucrat rights directly?

After the voting closes, regardless of who wins, I propose we have a discussion about bureaucratship (actually, the proposal is Rhea's) as to smooth some things out.
22:04, October 30, 2012 (UTC) ~) The Elector, Darkness Immaculate

Also, as proposed by TyA, and overseen by Fauxlosophe, I shall give you the wiki navigiation while I get the welcoming template.
00:05, November 2, 2012 (UTC) ~) The Elector, Darkness Immaculate

Firstly apologies, I've been computerless since Monday. Anyway, I'm not letting you use personal colours on the welcome message in return for getting rid of a slightly annoying lower-case letter A.

You have no reason to deny the colours on the welcome message, though.
If you disagree with it, I'll see what I can come up with further on. Also, discussion.
21:34, November 2, 2012 (UTC) ~) The Elector, Darkness Immaculate

I do have a reason to deny the use of your colours (or of any other admin for that matter), rather than the colours that fit the wiki theme.

We should use wiki colours not personal ones since there is more than one active admin.

Oh, really now? What does the version from June 5th say? Certainly, there was more than one active admin then, too.
11:34, November 3, 2012 (UTC) ~) The Elector, Darkness Immaculate

Firstly, Zelos wasn't really active then since he had essentially fully migrated to Wikkii. Secondly, as I've said elsewhere, that was before I twigged the link between Zelos and the purple used there.

Oh, how I live quoting you against yourself. "I did understand that purple was Zelos' personal colour...", weren't those your exact words?
14:13, November 3, 2012 (UTC) ~) The Elector, Darkness Immaculate

Yes but, however stupid I may seem, I didn't realise the link until you altered the welcome message.

So, let me get my facts straight; you say this: "I already knew that Zelos' colour was purple, but I didn't know that purple was his colour on the welcome message."
I honestly don't understand what link you're referring to? The link between purple and Zelos, which you admitted to knowing, but have also denied in the same sentence?
14:30, November 3, 2012 (UTC) ~) The Elector, Darkness Immaculate

You have other things to worry about, is it? Then worry about other things - now is no different from then.
14:43, November 3, 2012 (UTC) ~) The Elector, Darkness Immaculate

What I meant by "I do have other things to worry about" is that I wasn't looking for something like that and so only realised it when it was inadvertently pointed out to me by your edits.

I never said that. It's simply that since I'd joined the colour of the welcome message had been the same until you changed it and so that was when I noticed this.

And your argument for the orange is that there are two of us now, even disregarding that when there were two of you the message was purple?
14:55, November 3, 2012 (UTC) ~) The Elector, Darkness Immaculate

Well, I'd call it more of a brown than an orange but anyway, I used that because, as I'm sure you've noticed, it's a colour that fits the scheme used on the rest of the wiki (backgrounds, links et cetera).

And I assume you haven't noticed that with Zelos' welcome message, either, is it?
Disregarding that, you've pulled an appeal to equality - another fallacy.
15:02, November 3, 2012 (UTC) ~) The Elector, Darkness Immaculate

"I assume you haven't noticed that with Zelos' welcome message" - what does "that" refer to? I don't see how what I said was fallacious.

Appeal to equality - using a pretense of equality to justify an action.
The quote you provided refers to you noticing only my colour being used as contrasting, while Zelos' purple, which is very close to the negative colour of brown-orange, managed to slip by somehow.
17:25, November 3, 2012 (UTC) ~) The Elector, Darkness Immaculate

There's no pretence though and if you choose to it that way that's your own problem.

I took that shade of brown from a print screen of the main page so if it were the inverse of Zelos' shade of purple it would be purely coincidental but as it happens I tested this out and they are not the same similar (see here).

So, no equality? Hoorah, your entire argument fell apart.
I don't really see much difference with those colours, in addition.
18:12, November 3, 2012 (UTC) ~) The Elector, Darkness Immaculate

If you see my proposal of a neutral colour as being part of some fallacious argument then you can go ahead and think that but I do not think that we should use anyone's personal colours.

Really? You genuinely can't see much difference between the blue and dark purple?

I know the wikia is slow but I think the hidden forums aren't overly helpful. I'm not sure what wiki walk I followed to get there but I stumbled on the Rosetta stone page and saw some people had replied with interest to the idea of a Rosetta Stone and I've since made another post there, though it's hard to stumble on.

I think a Rosetta Stone would give the wiki a sense of unity and a first translation challenge for every conlang. At very least it's worth some consideration.

Apologies for the late reply. I see you posted this message on ED's page too, is there anything you still want an answer to?

I'm a bit curious why the forum proper is hidden if you know the reason for that. Temporary measure until things shape up or didn't seem worth linking to due to a lack of content?

Also, ED only mentioned wanting to talk about specifics. I posted on both boards because I was hoping that the Rosetta Stone to be something with support from both sides [avoid an edit war and create a sense of unity, as I mentioned] and know the admins at least would be interested in contributing at least one of their conlangs to it too. So I'd very much like to hear your opinion both on the matter in general as well as possibly any specific ideas for what could be on there.

I do like your idea of having a sort of oath for the wiki as a translation challenge since language is, obviously, something that will be relevant to every conlang and in every conworld.

Excellent. For a minute I thought that Forum was sitting the whole time and I was just blind to it. I might consider scribbling on a few people's walls to consider nominating and voting for a conlang since I feel its time for a change.

Btw, if the forum disappears from the navigation bar it's because Rostov/ED keeps reverting my edits.

There were a couple of forum pages there but not the actual central forum page.

Btw, has Wikkii been down the whole time I've been away??

Umm, it's been awhile since I've been here.  Where is the Index of Conlangs?  I didn't see a link to it on the main page.  ~~Anyar~~

Unfortunately, aside from the wiki activity feed, we don't have a list that only contains active languages but a list of all languages can be found here.

The issue seems to have been resolved, does it not? I'll also ask you to remove the link to the fork you have on your own page, too; it's not too pretty, violates a term or two, and I'd hate to see people looking up to such actions.
23:01, January 2, 2013 (UTC) ~) The Elector, Darkness Immaculate

I've taken the well-deserved liberty of editing it out myself, seeing as you're unwilling and/or not present.
17:09, January 4, 2013 (UTC) ~) The Elector, Darkness Immaculate

You are hereby invited to my Xenolang Challenge. Here is the sign-up and the details.