Wexilian comes from Old High German. The speakers live on the islands of Terschelling, Vlieland, Ameland, and in a relatively large chunk of land in the modern-day Netherlands in order of incorporation into the ethnic groups majority. The name came from the mediaeval name of the island, Wexalia. The Wexalian name for itself, Feschle [ˈfɛʃlə], comes from the native term wecsile.

Stress usually falls on the antepenultimate syllable. In syllables with three or less syllables, the closed syllable take precedence.

The yod metaphony occurs when [i eː l j eɪ̯] occur in the adjacent syllable. It's going to referred to with +j in paradigms.

It came from the "feminine abstract noun" declension. höch comes from hōhī.

It came from the masculine i-declension. gäst is from gast.

It came from the feminine i-declension. stad comes from stat.

Staz and others like it (where the word ends in /ɑC/ where C = {f x}) suffer a regular irregularity where in the nom-acc form, they're their standard form (stad), but /ɑ/ becomes /æ/ and the fricative if fortified to {p k}.

It came from the n-stem weak declension. All of the gendered declensions fused in declension, but not in gender. herze comes from hërza.

It came from the masculine and feminine monosyllabic declensions and applies to the old OHG -nt declension. man came from man.

It came from the -r declension. fazer came from fater.

It came form the os/es declension. lam came from lamb.

The only article in Wexalian is the definite article which acts similar the one in Modern Standard Arabic in that it is used in contexs where the applied noun has been previously mentioned and/or the noun is specific. The lack of an article (or the zero article) acts as referring to any single noun (if singular) or a mass noun (if plural).

(*) Often becomes [ʃ] before another consonant in familiar speech

Because the accusative and dative forms of fir and ihr can be confused, they may be marked zf-unz and zf-eü respectively (from combination with the preposition zfu, to).

Attach these suffixes to the possessive pronoun.

The Subjunctive is much more common in Wexalian than most Germanic languages because it began to mean anything that's irrealis. This can be used in various paraphrastic phrases for more moods such as the conditional and exhorative among others. Verb conjugations have been standardized to two sets of suffixes based on the first and second weak conjugations (though, there are a few irregulars for many common verbs such zenken, to think, furken, to work, and häven, to have).

The change from present to preterite and past participle has an ablaut (which is affected by the yod metaphony):

will add in later

All strong verbs have an ablaut (weak verbs, comparatively, may be a 0-ablaut) and are conjugated thusly. nehmen, str. VIa, to take, from OHG nëman.

From the OHG -en verbs. retten, weak, to save, from OHG retten.

Wexalian is V2 where the word order is SV₁(P₁)IO(P₂)V₂ in the proper language (S - subject, V₁ - conjugated verb, V₂ - infinitive (followed by participles), I - indirect object, O - direct object, P₁ - preposition, P₂ - postposition). Wexalian is a null subject language like Spanish where the subject pronoun is removed due to the conjugation revealing the grammatical information already.

Non-Dative Objects: Adpositional phrases that are not dative go after the object following leizeng order in any order. Though, with one verb, it follows rückkemmeng order after the verb/object.

Adverbs: They're placed directly before their head noun. If the noun has a definite article, the adverb goes before the article.

Adpositions: In rückkemmeng, they go before the entire noun phrase and article, and vice versa in leizeng.

Genitives: A genitive phrase is (owned + fen + owner) or simply the possessive pronoun and the owned noun in the correct head direction. The owner takes whatever case it's in and the owned takes the genitive.

Adverbs: They act just like in noun phrases where they go before the verb.

Reflexive and Causative: Reflexitive verbs are made through the use of the reflexive pronoun in the accusative or dative (they're are in Pronouns). Causative verbs use the causative suffixes (explained in Verbs)

Passive: Formed in a paraphrastic phrase (explained in Verbs)

Copula: The copula is fessen. This is used as a "filler verb" where it is describing the subject having a noun or being an adjective. Such as der man ich blinter (the man is blind) where ich is connecting man and blinter. Note that the adjective will take the accusative in these types of sentence.

Dependent: The dependent clause marker (words such as when, because, after, etc.) is placed before the standard word order akin to a clausal preposition.

Introductory: The adpositional phrase, gerund, participle, or supine is put in the front of the sentence in leizeng (head initial word order).

Embedded: Unlike most Germanic languages, the standard word order is upheld in an embedded clause.

Interrogative: The placement of a question word or a rise in voice intonation creates a question. Though, there is a formal question "particle," steimen, which is placed at the head of the clause having the question.

Relative: These are introduced with relative pronouns and "where," far. The following dependent clauses follow the standard word order.

¹ Stress usually falls on the antepenultimate syllable. In syllables with three or less syllables, the closed syllable take precedence.

² The yod metaphony in Wexalian occurs if an adjacent syllable contains one of {i i: e: l j}.

³  When lost intervocalically, vowels fuse into diphthongs and two of the same vowels become long 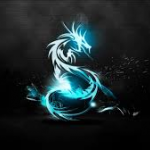 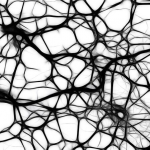 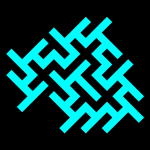