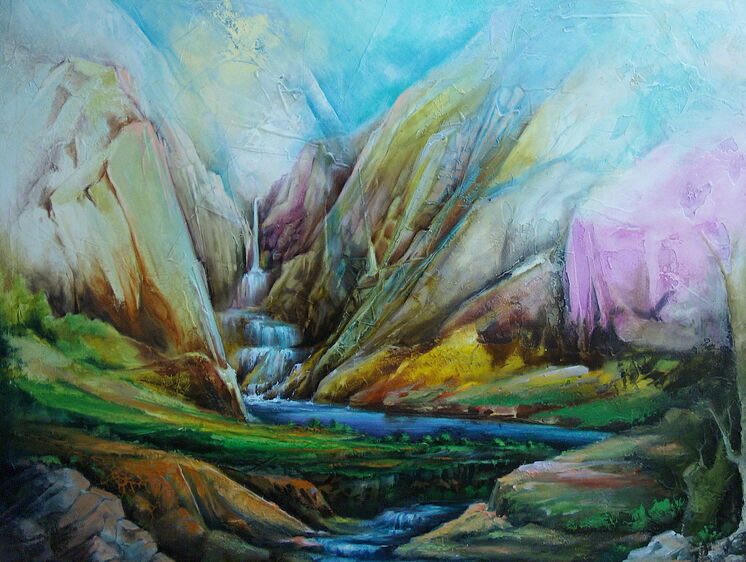 Zâra is a language that employs a trigger system.

A vowel gets stretched by marking it with a ^-sign.

Many words in Zâra include silent vowels, that are not spoken under certain conditions.

Usually, i is silent if it is the last sound of a word.

Silent vowels are only pronounced when a group 2 consonant follows

or when it avoids two identical consonants to follow one another.

Silent vowels are indicated by brackets like so k(i), the i being silent.

If a consonant is doubled, it is pronounced like in Italian or Japanese.

Zâra basically allows syllables formed by a consonant, (atleast) a vowel (or multiple vowels), and [n] or [m] which means a syllable has the form (C)V(V)(n)/(m).

The group 1 consonant z can be inserted (almost) everywhere.

This is not too common, though.

Also note that 3 consonants may never follow one another.

(all letters in brackets are optional)

Stress in Zâra is (with few exceptions) completely regular.

In the sentence "Cinko tak o-dagajro n si." the stress is located as follows (bold):

The general sentence order is VSO.

This is a somewhat unique concept that is not found in too many languages.

Instead of having cases for the accusative and dative (and some other cases) verbal affixes are used.

These are prefixes that indicate what kind of target the verb they modifiy has and in what way the verb is aimed at the target.

The target itself stands after the copula.

There are 6 verbal affixes.

They can also be found under Affixes and Adpositions together with all the other particles.

All case markers are suffixes.

Nouns do not change in either form singular or plural.

Number is expressed with the help of articles.

A noun in its normal form can stand for both singular and plural.

The word da is used whenever there is no other object (or subject) in the sentence.

It can also be used in relative sentences.

For examples see the Examples.

Adjectives succeed the word they are modifying.

The respective adjective gets the ADJ-Suffix ja (see Affixes and Adpositions).

Adjectives can be modified by tense prefixes.

Verbs always end in either a or o.

Conjugation is extemely simple because every grammatical person is treated the same.

A verb is either conjugated or in its infinitive form.

To conjugate a verb add j to the root, then add the subject pronoun.

The resulting cluster is called the unmodified conjugated verb(UCV).

If the subject is not a personal pronoun, further changes have to be made.

The above process still applies, but the subject has to be added as well.

Zâra uses a copula which is the word (u)n(i) (note the silent vowels).

Like every other verb it never changes no matter which position it is in.

Each tense uses a different particle.

The past tense particle is tak(i).

It is treated like a preposition in that it precedes whatever it shall change to past tense.

In Zâra every word class can be affected by tense particles.

Note that the copula must remain unchanged though.

For the non-past tense no changes have to be made.

Non-past is the default tense.

Unless there is no other tense particle in the sentence, tense is non-past.

The non-past is used for both the present tense and the future tense.

Which of them is meant must be clear from the context.

The explicit future tense is only used when the use of the non-past would be ambiguous.

Obviously, it changes anything it precedes to future tense.

In Zâra negation is done by using a special verb that meants "to not".

This negative verb can be conjugated like any other verb and it can even be the only verb in the sentence.

The negative verb is ta.

This verb comes after the root word.

In general their are no verbs that are either direct or indirect, but usually a verb can assume either role.

Every verb can be used as a direct verb or reflexive verb by just using the appropriate verbal affix.

Usually an indirect object is marked by do.

There are exceptions, though, like the verb to give.

Exception verbs are marked with a * in the vocabulary list.

For explanations see the Exceptions Section.

Zâra distinguishes between still and moving.

These to types can refer to any word class.

Usually, unless the word itself has something to do with movement, a word is considered still.

Every mood verb is a root verb meaning it is always the last of multiple verbs.

There is a total of (currently) 5 moods.

The question particle is ko.

It can be used in different ways.

Basically, if it precedes a noun, it asks for a specification as in "what(kind of) book".

The same goes for using it in front of case particles, though it is more versatile in such a position.

Turning a statement into a question is as simple as adding [...] to the end of a sentence.

Note: Zâra is a pro-drop language.

There are two relative pronouns.

One is for inanimate things, the other for animate/living things.

The only difference is that they consist of multiple words instead of just one.

To ensure comprehension an additional particle is used in addition to the adjective marker ja.

That additional particle is either t(i) or m(i) respectively as explained in the above table.

The formula looks as follows:

(The arabic numbers are also used for written text in Zâra script.)

Inversion is what makes Zâra extremely flexible in terms of word order.

Many adverbs have their origin in inversion.

What jaj does is that it allows certain parts of a sentence to be moved to another place.

Unlike other indirect verbs, this verb is treated like a direct verb.

which means "I give you the book ".

Karaz ("Book") would usually be the direct object, while si ("you") would be the indirect object.

This verb is different.

Book is used as the attribute of the verb to give .

For examples for each of these see the Examples Section.

Sentences with both subject and object[]

Zâra employs a syllabic writing system in which each syllable is arranged in a square.

The squares run from left to right. 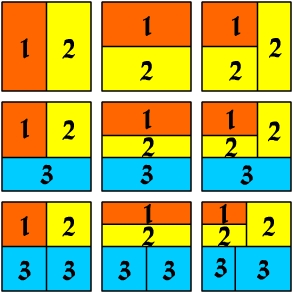 This is a work in progress.